In mood for tasty flavors… This is a Romanian delish, a traditional chicken soup with sour cream and garlic (ciorba radauteana) which is absolutely fabulous.

If you haven’t taste it yet, you should! It’s tangy and delicate and soooo damn good that I could eat it every week.

Just look at the picture below and tell me you don’t wanna taste it right now. Can you?…

This soup is a really pick-me up recipe and also very nutritious.

High in calories, but hey!… once in a while we can indulge in such tasteful moments. It’s also a little time consuming but totally worth it.

It is made with sour cream, garlic and egg yolks and gets its tangy flavor from vinegar.

Let’s look into what we need for this chicken soup:

This soup can be made with any part of the chicken you have in the fridge, but I like to use thighs and some chicken breast for different textures.

I also use high fat sour cream that you can replace with low fat, but it doesn’t quite taste the same.

The richness and the silky texture of this soup is given by the high percentage of fat in the sour cream.

It is relatively easy to make, just make sure to follow the right steps to achieve this absolutely fabulous chicken soup.

🥣 How To Make This Sour Cream Garlic Chicken Soup

There are some steps you need to follow in order to make this delicious soup.

1️ Step one: Put the chicken to boil

Put a large pot on the stove. Put in the chicken parts and cover with enough cold water to cover them well (18 cups).

Bring the water to a boil and lower the heat to medium/low. Skin the foam that is slowly formatting on the surface in the first 10-15 minutes.

You have to do this 2-3 times until the water remain somehow clear. Add 1/2 tbs salt and a pinch of peppercorns.

2️ Step two: In with the veggies

Meanwhile, wash and peel the vegetables. Cut the carrots, celery root, parsley root and parsnip in large chunks. Onions in half.

Add them to the soup to boil together. Cover and simmer on medium/low heat until the meat falls off the bones and the veggies are cooked through.

Turn off the heat and take off the vegetables and the meat. Let them cool a little bit so you can handle them.

Strain the soup to get rid of any floating particles. Take out the fridge the sour cream and eggs to bring them at room temperature.

Shred the meat and get rid off skin and bones. Work quickly because the meat dries out fast. Use a bowl with 2-3 ladles of soup to put the shredded meat until you finish the operation.

Ditch the onions, and chop the rest of the veggies. Decide if you’re gonna use all of them or only a part. I like to use 3/4 of them.

Put the shredded meat and the copped root vegetables back to the soup and turn on the heat again.

Bring them to boil together for another 3-4 minutes to nicely blend all favors.

Then turn off the heat and let the soup cool for 10 minutes.

After 10 minutes cooling time, put the 2 egg yolks and the sour cream into a bawl. Mix them into a paste and slowly add  2-3 ladles of soup, stirring continuously.

Whisk well after each ladle of soup added to the paste. We want to slowly temper and accommodate the sour cream with the yolks and the hot soup.

Finally, add the diluted sour cream mixture to the soup and stir continuously until well combined.

To finish, add 5-6 tbs of vinegar and the crushed/grated garlic cloves to the soup. Taste for saltiness.

🥄Garnish And Serve The Chicken Soup

Garnish with freshly chopped parsley and serve with confidence.

You’ll be wanting a second bawl of this soup. Is that good. 🙂

💡Tips About This Chicken Soup Recipe Food makes everybody happy! SHARE this with your friends.

Try some of the recipes and if you liked them, come back and leave a comment.

Taste life for its full deliciousness!… 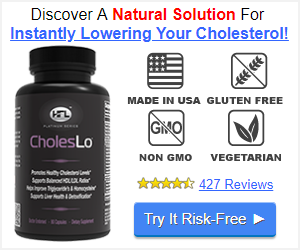